Life on stage as a blind guitarist

Jared Hara is blind, and plays guitar in a band called Symmetry who have just supported McBusted.

Jared Hara’s band Symmetry has been supporting McBusted on tour recently. Formed in Los Angeles just two years ago, they are now about to embark on their first headline tour of the UK.

But playing the guitar wasn’t always his plan. Originally he wanted to be an ice hockey player, until at the age of 11 he began to go blind very quickly as the result of a neurological condition.

“I had to find something else to love like I did hockey,” says Hara – and that was when he picked up a guitar.

Following their own headline tour they will be supporting James Arthur on his.

Hara thinks that not many of the concert-goers know he’s blind, and rather likes that. 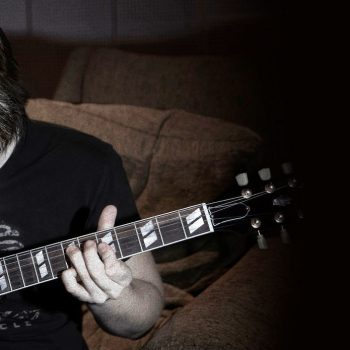